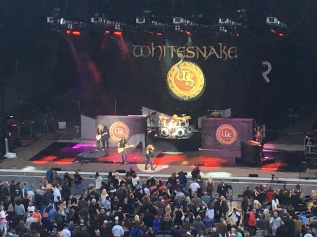 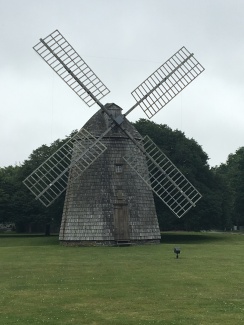 This past weekend was such a blast! It was amazing all around.  On Friday night we went to a concert at Jones beach, which was a gift to me.  We saw Bonham, Whitesnake, & Foreigner.  What an amazing show.  Whitesnake still has really pretty hair and Foreigner is so engaging.  We took in all three performances and had a blast.

On Saturday I was supposed to go to the TT race.  The weather was too iffy to do all that driving so I skipped it.  My friends that went all had an amazing race and I’m so proud of their performance.  I was so tired from the concert and it was supposed to rain so I slept in instead of trying to get in a quick ride before the rain.  I had such a nice day with my sweetie.  He skipped the gym to hang with me and I’m so grateful that he did.  We got things done as well as enjoying some laziness.

On Sunday there weren’t too many rides posted and I really didn’t feel like tying to hang onto a group for dear life.  The night before I was thinking of doing my bucket list ride.  The predicted weather was cool with low wind.  In the dream I had I text my friend and told her I wouldn’t be going to the group ride and told her what I was up to.  When I woke up I knew I had to do it.  I woke up and started to get ready for the group ride.  When my sweetie woke up I asked him if he could pick me up in Montauk later in the day.  He agreed and I told him that I was going to do a solo one way trip to Montauk.  He seemed a little concerned but I assured him I would call him if anything happened.  I’m thinking I’m probably experiencing a mid life crisis but at least I have a healthy outlet…..

I text my friend and told her that I wouldn’t be at the ride and told her what I was up to.  She was so happy for me.  I told her I’d share my crumbs with her after she showed concern asking for a text when I was done.  I use the Road ID app that sends a message to up to ten people when I’m on a ride and they can track me throughout the ride.  I told my sweetie to leave to come get me when I got to the 70 mile mark.  The ride was supposed to be 110 miles but I threw the route together quickly that morning from a past ride I’d done so I didn’t smooth out the glitches. It was filled with wrong turns. It was all a part of the adventure.  I had a great time regardless of the wrong turns and back tracking.

It really is a small world.  At the halfway mark I bumped into a group of riders and it just so happened one of them was a friend of mine.  He took a pic of and with me and then we went back on our rides.  It was so nice to see him.

The best thing about riding on my own is I stopped whenever I felt like it.  I stopped to take many pics.  I didn’t need a bathroom stop but I did stop for a banana (which I paid for using a credit card) and to stretch my legs a bit.  The bulk of my stopping was to check the route to get back on track when I made false turns. I did text my sweetie letting him know I’d been delayed and gave him my ETA.

As much as I was enjoying the beautiful scenery, I got excited when I was drawing closer to the end.  When I got to 100 miles I was starting to feel emotional.  I’d accomplished so much.  I had about 15 more miles to go.  Those last 15 miles went by so fast.  Before I knew it I was at the lighthouse and someone very special was waiting for me.  I cried.  I couldn’t believe I really did it.  We hugged and kissed for a little bit and then we got on with the pics.  He brought my protein shake and a change of clothes.  I changed in the restroom of the visitors center.  The only thing that I was sad about was that they no longer have ice cream there.  Instead of eating out east, we decided to drive back.  If we waited we’d hit even worse traffic with the city people returning home.

All in all this weekend was amazing.  I had proved to myself that I truly am capable of anything that I put my mind to.  I want to thank that certain somebody that inspired me to put this ride on my bucket list.  It feels good to accomplish something so big and feel strong from that accomplishment.  I’m hoping that maybe we can do it together, after some planning, sometime later this summer or next year.  I think we would have a lot of fun.

I want everyone to know that, whatever that thing is that you have been meaning to accomplish, work towards it and get it done.  Feel that sense of accomplishment that you have longed for.  Only you can make it happen and only you can draw strength from completing it. If I can do it, you certainly can!